It's easy to forgo insurance for another day. But a turn of events can come sooner than expected. Here are some true stories of ordinary people who benefitted from insurance coverage. For more real life stories, please visit LifeHappens.org.

If no one depends on you financially, your path to financial security may be smoother than most. However, it also means that if the unforeseen were to happen, you may not have someone to rely on for support — financial or otherwise. That’s why there are certain considerations to take into account.

Jason Sherman: You Need to Be Prepared

Jason and Nicole Sherman had a lot on their plate. Life insurance wasn’t a topic they had thought much about, but when insurance professional Lars Hansen, LUTCF, suggested a meeting, they sat down with him and listened. They understood how important it was for Jason to get more life insurance. But Nicole was adamant about getting a policy for herself, too.

A few years later, the couple stopped to help at the scene of a traffic accident. Jason, who had EMT training, ran to offer aid. It was when Nicole tried to join Jason that tragedy struck. A driver who hadn’t seen the accident hit Nicole as she was crossing the highway; she was killed instantly.

While he understands that the life insurance will never bring Nicole back, Jason knows that without it they would have been in dire financial circumstances. “People think, it will never happen to me,” says Jason. “But my family is proof that it does. And you need to be prepared with life insurance.”

Hannah was just 5 when she and her mom, Laura, got to tag along on her father’s business trip. Etched in her memory is the fun afternoon they had while they were waiting in the hotel for her father to return. “My mom was so full of life and dancing around,” says Hannah. “It was a great day.”

Just a few years later, when Hannah turned 10, her mother passed away after a long illness. The joy left with her. Laura didn’t have life insurance, and that left Hannah’s father, Christopher, scrambling to find a way to make ends meet. Her father took on side jobs while looking for work. Eventually, they were forced to sell the home that Hannah had grown up in.

In college, Hannah relied on advice her mother had given her long ago, “Be prepared to make lemonade out of life’s lemons.” Both she and her dad now have life insurance, knowing firsthand what not having it means. “No one can put a value on a mother, but if my parents’ financial plans had included the key ingredient of life insurance, our financial situation and my academic path would have been much more secure.”

When Valerie King transitioned from her medical residency to practicing as an emergency room physician, she didn’t think she needed disability insurance. Her insurance professional convinced the young doctor otherwise. Although Valerie never thought she would need it, a condition called ulcerative colitis made the decision for her. The disease made it impossible for her to carry out her duties. It was her disability insurance coverage that allowed her to survive financially and care for her family.

Some years later, Valerie met and married Tim, also a divorced parent. They looked forward to raising their blended family together and sought the advice of insurance professional Larry Ricke, CLU, ChFC. In addition to life insurance, Larry made sure Tim understood the importance of disability insurance. At Valerie’s urging, Tim agreed to get coverage.

Tim, while at work, came close to dying from an undiagnosed aneurism. A risky operation saved his life but ultimately left him unable to return to work. Disability insurance made it possible for the family to go on financially. “Most people think, ‘It will never happen to me,’” says Valerie. “But the truth is it can — and does. Everything else goes away if you don’t have disability insurance coverage and you can’t work.”

Felipe and Lissete Montes de Oca started dating while they were young, but they already had grown-up priorities. Even before getting married, the couple saved diligently to purchase a house, a dream for these children of Cuban immigrants.

That dream was realized when they got the keys to their first home just as they started their lives together. That’s when Pedro J. Busse, an insurance professional, helped them get life insurance. As their family and income grew, Pedro helped the couple increase their life insurance and get long-term care insurance.

Their lives took a detour, however, when Felipe learned that the fatigue he was feeling was not due to overwork; instead doctors diagnosed him with leukemia. After a three-year battle, Felipe succumbed to the disease. He was 47. The life insurance ensured they would be OK financially and that his boys could attend college. “Life insurance is something you pay for, but never expect to use,” says Lissete. “But here I am, and I can’t imagine not having this support to help me through.”

Having worked as a nursing home administrator, Barbara Farone saw many families exhaust their life savings to pay for care. Wanting to avoid a similar fate, Barbara and her husband, Vince, purchased long-term care insurance policies. Four years later, Vince was diagnosed with a rare, degenerative brain disorder that was causing a gradual loss of speech and muscular control.

Vince eventually required constant care, but Barbara was determined not to institutionalize him. But caring for an incapacitated loved one can take a toll on the caregiver. That’s where the long-term care insurance came in. It paid for equipment and modifications to the couple’s Murfreesboro, Tenn., home as well as for trained health aides to take care of Vince 12 hours a day, allowing Barbara time for herself and to keep the household running.

Vince passed away at age 73, after a four-year health battle. Barbara is grateful he was able to spend his last years with her, well cared for and surrounded by familiar things. Those trips to Florida meant a lot to Vince, Barbara says. “The air was so good for him. His face would just light up.”

NOTICE: GBC Insurance Services is not responsible for and has no control over the subject matter, content, information, or graphics of the websites that have links here. The portal and news features are being provided by an outside source. 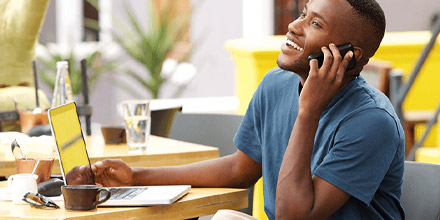